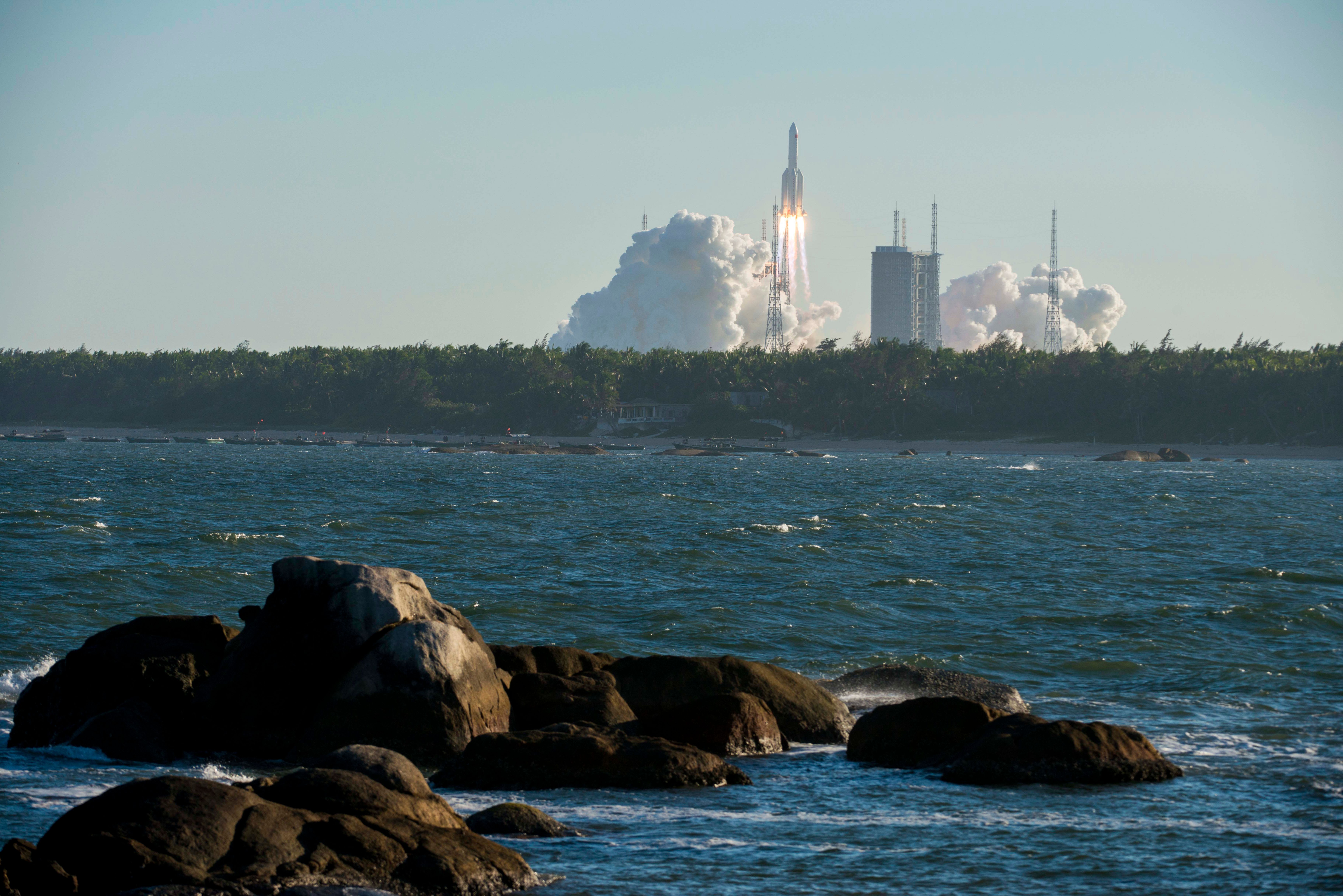 Remnants from a massive Chinese rocket booster are expected to fall to Earth on Saturday, with the debris now predicted to track a path from Mexico to South America and Southeast Asia.

The possibility of injury or infrastructure damage is low, experts say. But the rocket body is in an “elliptical orbit around Earth where it is being dragged toward an uncontrolled reentry,” expected at 5:15 p..m UTC (1:15 p.m. in New York) plus or minus an hour, according to the Aerospace Corp., a nonprofit corporation based in El Segundo, Calif., that provides technical advice for space missions and receives U.S. funding.

The current projections show a ground track that crosses parts of Mexico and Brazil, then skirts the Cape of Africa before passing over land in Southeast Asia. The group stressed that as the time to reentry shrinks so will the uncertainty of the debris’ path.

While parts of the 25.4 tons Long March 5B will burn up upon reentering Earth’s atmosphere, huge chunks—as much as 40%—will survive and fall to oceans or the ground.

Although the possibility of damage on Earth is low, experts say, an uncontrolled re-entry “is a clear and present danger,” Jim Head, a professor of Geological Sciences at Brown University, told NPR.

This is the third uncontrolled entry by a Chinese rocket booster in as many years. In May 2021, pieces of another Long March rocket landed in the Indian Ocean, prompting concern that the Chinese space agency had lost control of it.

Experts have stressed that uncontrolled re-entries are avoidable. SpaceX rocket boosters, for example, make vertical landings and are then captured, refurbished and reused in subsequent launches.

China has dismissed Western concerns over the debris, calling it a smear effort as the U.S.-China space race escalates.

“The U.S. and Western media deliberately exaggerate and exaggerate the ‘loss-of-control’ of the Chinese rocket debris and the probability of personal injury caused by the rocket debris, obviously with bad intentions,” Shanghai-based news site Guancha.cn said Tuesday.

The Long March 5B rocket took off July 24 carrying one of the heaviest payloads in recent years, a module for China’s under-construction Tiangong space station. The Chinese space station was started after the U.S. barred Beijing from participating in the International Space Station.

Sign up for the Fortune Features email list so you don’t miss our biggest features, exclusive interviews, and investigations.

What to Do in Venice, Italy

[ad_1] There are no truer words than these ones: You don’t need to worry about figuring